Professor Ian Jones is a specialist surgeon with particular interest in colorectal surgery and colonoscopy.

After graduating from the University of Melbourne Medical school in 1975 he completed seven years of specialist general surgery training at the Royal Melbourne Hospital in 1982. From 1983 until 1987 Professor Jones obtained further surgical training specifically in colorectal surgery with three years spent at the Cleveland Clinic in the United States, the last year of which was an appointment to the consultant staff.

In 1987 Professor Jones returned to Australia to commence private practice and was appointed consultant surgeon at the Royal Melbourne Hospital where he was Head of the Colorectal Surgery Unit from 1999 to 2012. 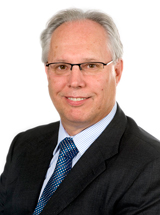 Professor Jones is a Past Chairman of the Section of Colon and Rectal Surgery of the Royal Australasian College of Surgeons and held the office of President of the Colorectal Surgical Society of Australia and New Zealand from 2004 to 2006.

Entrance is via Royal Parade.

View The Royal Melbourne Hospital in a larger map

Covid19: Please read this important information regarding how our practice is operating during this time